Swift sandbox is going to be deprecated. I’m testing some new tools and sharing my experience in the new IBM swift tools post.

Many things were changed in the Sandbox since this post was originally created.

Some improvements in IBM Swift Sandbox: 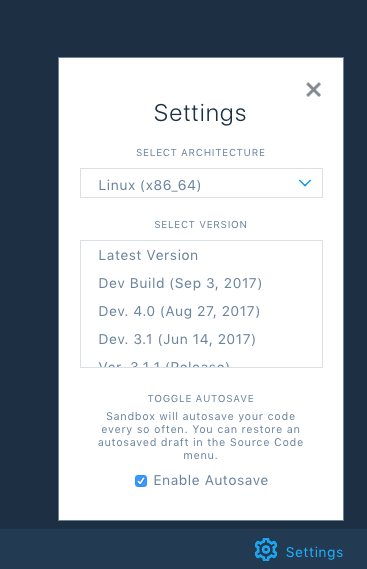 Some time ago I was looking for a good Swift web interface.

Back then I discovered few similar websites but none of them touched my heart. Today I checked again and discovered a nice project from IBM – IBM Swift Sandbox It has all features that I was looking for:

Sometimes it is not very convenient on 4 inch iPhone screen, but it is still better than other alternatives.

How to create snippets in Xcode 10

Get Interesting News
Be the first who learns something new by subscribing to my newsletter.